Last weekend it was the turn of the older club members to race at Henley  – in Henley Masters Regatta. As with the Women’s Regatta heavy rainfall meant the event nearly had to be cancelled, and all boats had to be carried down from the hillside car park via large muddy pool. But at least we got to race – by Sunday the river was running even faster and the river is now red flagged.

BBL entries comprised D1x (Caroline Bell-Syer), B4x of Bev Gough, Chrissie Richardson, Zoe Guinven and Rachael Beaumont), D4x (Alice Smitheman, Hilary Cook, Nicky Dale and Helen Mangan), C8s (a combo of the two quads with Ali coxing) plus Jackie Darling in a composite F4x including Pauline Rayner. Only Caroline had to race on the Friday (where it rained non-stop)  and was unlucky enough to draw both the eventual winner plus the outside Bucks station – with a strong stream running against it. The rest of us were fortunate enough to be drawn through to semi-finals on the Saturday, by when it had largely stopped raining. We were also very fortunate to be allowed to leave our boats in the Sly’s garden in Old Blades, saving much carrying up hills.

The B4x won its semi comfortably and then raced Broxbourne, winner of B4x at GB Masters in the final. On the Bucks station they were half a length down at half way but sculled through to win by a length. The D4x also spent its day on Bucks, but beat Tyne United easily in the semi and then had a comfortable win over local rivals Tideway Scullers in the final. Leaping then into the 8, and yet again on Bucks, the opposition for the final was GB Masters winners from Nottingham. Our new look crew was duly beaten off the start and slipped to c 1/3 length down. Ali convinced us that this was just the effect of the stream, and we duly pushed once this lessened mid-course and rowed back though them to win by half a length.  Meanwhile Jackie Darling’s quad had elected not to take its handicap start vs the younger E quad from the Lea, and still beat them by a length. We finished the day all tired and very muddy but happy girls. Many thanks to Bev for towing.

Next stop for the older BBL vets is the FISA World Masters in early September – this year in Duisberg in Germany. We’re then back off to the Head of the Charles Regatta in Boston in October- an event we hugely enjoyed last year and for which we ‘ve again got the services of the Canadian no 2 cox, Kristen Kit. She’s over for the Paralympics in early Sept so we hope to get to show her our boat house and give her a flavour of Tideway rowing then.

2
RT @SueLucyCole: ⁦@BBLRC⁩ Getting ready for the most important race ⁦@RuncornRowing⁩ ... just wish the crew could hear their supporters!! h… 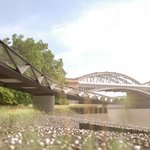 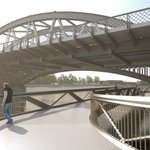