So, first race of the year; Quintin Head.

Following a weekend at Dorney two racing crews were selected; an IM2 and Novice 8. Back on the tideway in our crews, we began preparing for our first race of the year – Quintin Head.

Arriving at the club on Saturday 28th Jan we were delighted to see some sunshine and temperatures above freezing. (Having practised starts in -2 degrees we were prepared to battle the elements) Mood at the club was great with the two Barnes 8’s racing, two Cygnet crews and many more clubs boating on our stretch there was a buzz in the air. This heightened when a stray launch was seen bobbing in the river and had to be rescued by the RLNI.

Despite some last minute injuries and sickness in the first crew, (thanks to those who stepped into sub) we were in good spirits. First race in our crews, looking to get out there and have a good strong row, length and rhythm the focus.

After a pre race snap, we were boating, paddling up to the start, to take out place in the shadow of Craven Cottage. Then we were up, quick turn and a strong paddle down to the start, rate 24, rate 26, then came the start calls, excellently executed by our cox Anna.

This was it, we were in the race. We set up a good pace from the start quickly settling into our rhythm, knowing we were chasing the Thames crew, we focused on pushing away from the crews behind. Following our stroke Laura and calls from Anna we worked our way down the course. As we approached Barnes Bridge and our army of supporters, focus was to sit up (always want to look good in the photos…) Taking motivation from the cheers we were able to pick up the power and really push away from the Bridge.

Using this and the refocused energy gained from crowds, the part scratch crew really seemed to gel and really felt the boat running under us. Coming out of Chiswick Bridge, on the final stretch we gave it all we had and crossed the finish line.

Once back at the club, over beer and bacon sandwiches (thanks Penny) we reflected on a solid first race, with lots positives to build on, before WEHORR. 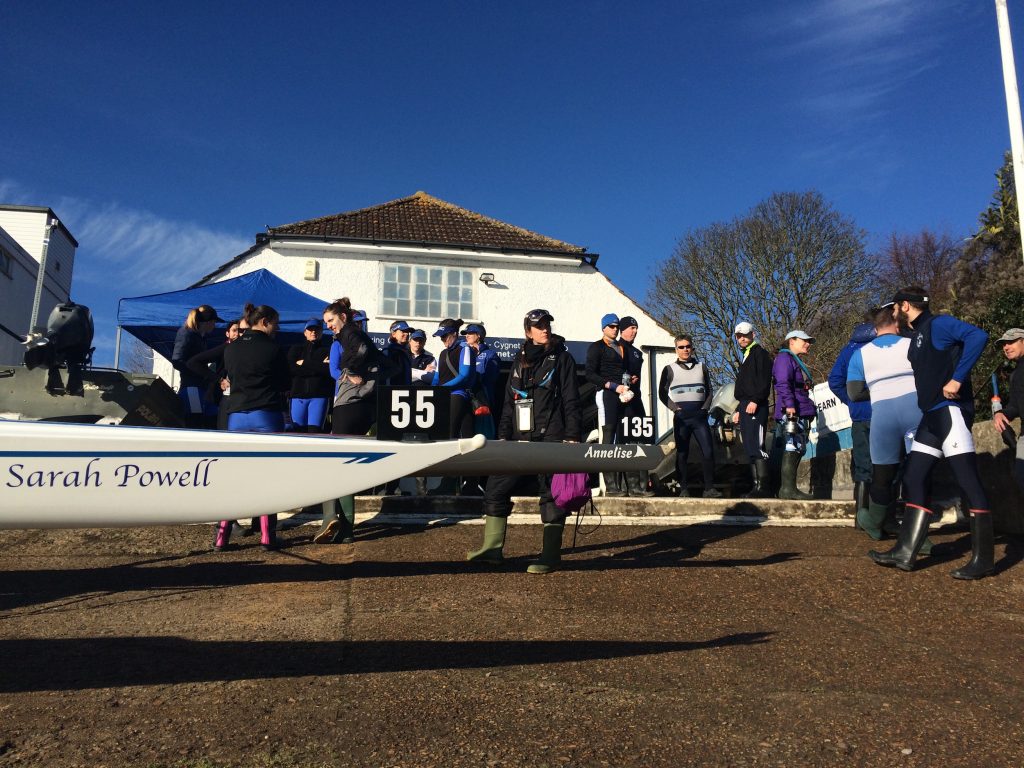 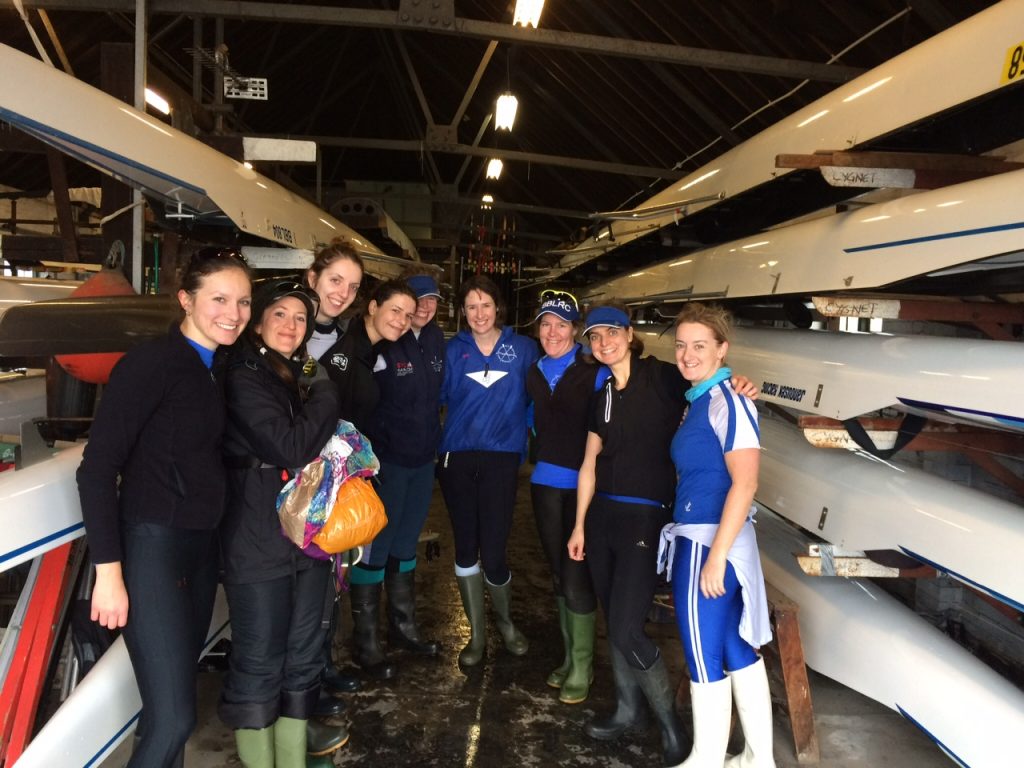